Who do you want to play as? 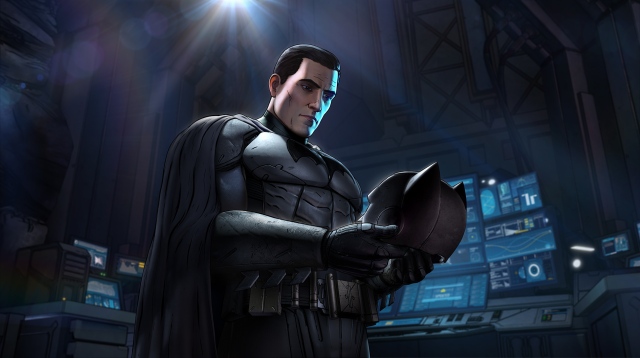 Batman: The Telltale Series is an episodic point-and-click adventure role-playing video game developed by Telltale Games. The player assumes the role of both Batman and Bruce Wayne. While Bruce Wayne finds himself in the treacherous waters of Gotham politics, Batman comes across an unusual villain.

If you are hardcore Batman fan, you might want to check this out. You may not like the little change they do in Batman’s mythos to tell their tale (see what I did there?), but this is definitely worth a play if you follow Batman’s adventures across various mediums. For the casual fan, you won’t miss much if you skip this.

A little about the Gameplay

The writers take us back in the early history of the character for this story, when Bruce is still finding his groove as Batman. Commissioner Gordon is not Commissioner Gordon yet; Harvey Dent is not Two-Face yet; Batman has not faced any of his Rogues yet – no Joker, no Catwoman, no Penguin. The story introduces all these characters and more. However, it really picks up when Bruce finds himself at a crossroads, as his family’s legacy is brought under question. Were the Waynes really the shining beacon of light we are told they were? Was Gotham ever truly in a “golden age”?

Speaking of gameplay, if you are familiar with the Telltale Games formula, you’ll feel right at home here. Batman: The Telltale Series doesn’t alter much from that tried and tested recipe. The player can examine and interact with characters and items around him. He can also decide the nature of those interactions.

1: It feels redundant writing this again, and I think write this every time for a Telltale Games game, but the game offers no binary choices. There are no “good” or “bad” choices here.

When I first heard that Telltale Games were doing a Batman game, I wondered how would they introduce this ambiguity. He is a good guy at his core, if you take away the badass, almost antihero bullshit. At best, you could push the choices into the grey area. You can’t make him cross the line. But, like I mentioned earlier, the writers make a tiny change in Batman mythos and Bruce Wayne has to make some tough choices. And so does the Batman.

2: Telltale Games smartly try not to make this a punching game or a gliding game. Rocksteady’s Arkham series has already perfected that. Instead, they focus on the detective aspect of Batman. They go beyond the scan crime scene are to analyse blood splatter pattern stuff. 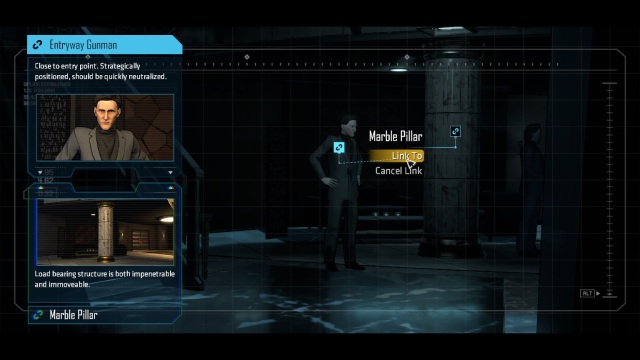 The Detective Mode of Batman: The Telltale Series also allows you to plan your combat.

3: It might be called Batman: The Telltale Series, but it is as much a Bruce Wayne game as it a Batman game. We were promised that you play nearly equal amounts as Batman and as Bruce Wayne. While I didn’t time it, I do think the ratio is indeed somewhere 50-50.

1: This is probably just me, but I found my choices to have not altered the story much. Spoilers ahead: I saved Harvey Dent from the Penguin so he didn’t turn into Two-Face, but his actions in the game following that were still very Two-Face-y. This was not like The Walking Dead where one big choice during the gameplay took the story to a completely new direction. Again, I think this is because you can’t really deviate from the mythos much.

2: I really liked the plot of the first episode. After that, however, it got uninteresting. Barring a few moments, the rest of the story left me underwhelmed. And don’t get me started on the abused little girl cliché. Do better, writers.

3: Action sequences are basically quick time events. But that is to be expected, I guess, considering this is a Telltale Games game. 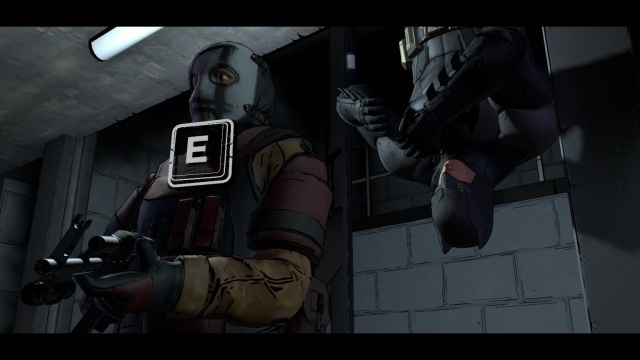 My name is Amandeep Singh Virdi and I love video games among other things that include comics, films, music, and pro wrestling. Follow me @thatvirdiguy on Twitter, Instagram, Snapchat, whatever.
View all posts by Amandeep Singh Virdi →
This entry was posted in Game Review and tagged Batman, characters, Comics, Games, Joker, Mystery, Telltale Games, videogames. Bookmark the permalink.